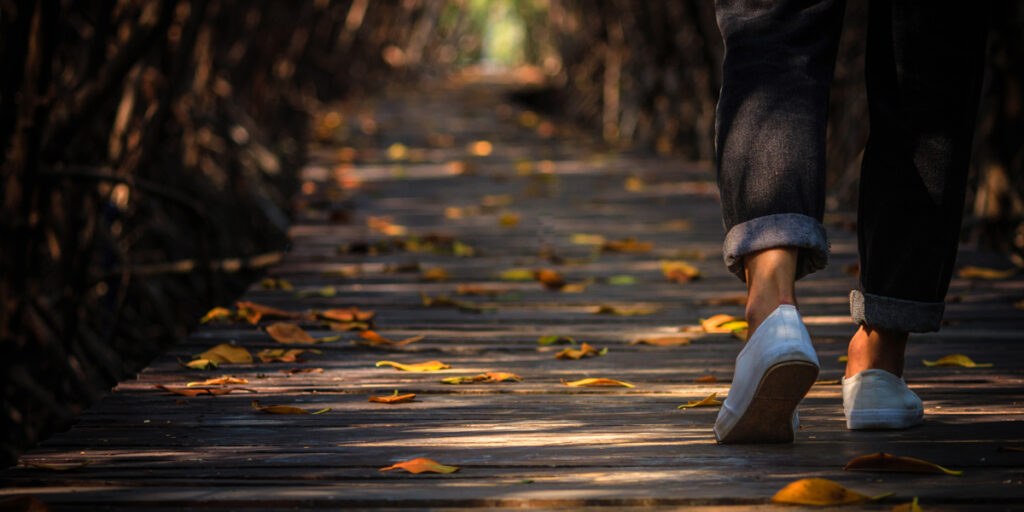 Canada is known for a few things: stunning landscapes and stellar musicians, to name only two. But we’re not all jagged mountaintops and dance-able Drake songs. We have skeletons in our figurative coast-to-coast-to-coast closets.

These locations along the 28,000-kilometre Trans Canada Trail network are the perfect example of our vast and ghostly past. If you go, best bring a flashlight — and a defibrillator.

From the shores of New Brunswick, Nova Scotia and PEI

When you’re in sight of the Northumberland Strait, which can be seen from the shores of three provinces – New Brunswick, Nova Scotia and PEI – keep your eyes open and you might spot a burning Ghost Ship! It’s spotted most frequently in October and November, especially in advance of a Nor’easter storm. Reports say that witnesses first hear the sound of cannons firing, then they spot the ghostly outline of a three-masted schooner being consumed by flames as the crew runs, panicked, around the deck.

Find the Ghost Ship on one of these sections of the Trans Canada Trail: In New Brunswick, take a walk on the Marshes Trail, in Nova Scotia you may spot it when you’re on the Short Line Trail or the Jitney Trail, or in PEI, the Confederation Trail near the shoreline is your best bet.

According to local legend, Gastown is home to more ghostly spirits than any other neighbourhood in Canada. Sure, now it’s a hip and friendly area of Vancouver, but the antique district certainly has a sordid past that includes beer taverns, flophouse hotels, brothels and plenty of unmentionable acts. In the Great Vancouver Fire of 1886, Gastown was burned to the ground, and dozens of people died. A decade later, after a night of whiskey and cards, a gold miner named John Bray was shot and robbed, taking three bullets in the head. But get this: he lasted two full weeks before he finally dropped dead. Some say he still walks Water Street.

Find the ghosts: From the Trans Canada Trail at Granville and Cordova streets, walk three blocks east to Water Street.

Originally a fishing and hunting camp for Inland Tlingit and Tagish  people, Carcross experienced a population boom in 1896 during the Klondike Gold Rush. While travelling the Trans Canada Trail, visitors should book a night at the notorious Caribou Hotel. Former hotel owner Bessie Gideon has haunted the property since her death in 1933. Described as “a shy spirit who is neither friendly nor unfriendly,” she has been seen gazing through windows and even mysteriously sneaking bubble bath soap into the tub when guests prepare their baths. Which is great because if you’re going to see a ghost, you might as well get a bubble bath out of it.

Find the hotel: From the Trans Canada Trail at the Klondike Highway and Tagish Road, head directly south into the centre of Carcross.

The Trail section running parallel to the Red River was once a trade route dating back to as early as the 1820s. Several deaths and tragic incidents occurred on the route, and, as a result, it is said to be haunted. In 1903, a crew of soldiers at Fort Garry claimed to have seen a cart driven by a Métis couple who were travelling in the area. Whenever summoned to stop, the couple and their cart would vanish in smoke. Legend has it that the Fort Garry Hotel in Winnipeg is also haunted — so sleep with your nightlight on.

Find the Trail: On both the north and south sides of Winnipeg, the Trans Canada Trail follows the Red River.

Now a popular steakhouse, the Keg Mansion was once the home of businessman Hart Massey and his family. Two tragic versions of an ill-fated story about the family are told. One version states that a maid named Lilian hanged herself after the death of Hart’s only daughter in 1915, because she was overcome with grief. The other version of the story states that Lilian hanged herself as rumours circulated about a possible relationship between her and Hart. Whatever the truth may be, there have been multiple reports of a lady seen hanging from the rafters. Enjoy your steak!

Find it: The Keg Mansion is on the Trans Canada Trail at the corner of Jarvis and Wellesley streets in downtown Toronto.

The Banff Springs Hotel is known as a haven for wilderness adventurers. But is it also a sanctuary for spirits? With so many decades of history (the hotel opened to the public in 1888), it’s no shock that the establishment is steeped in ghoulish lore. One tale describes a “doomed bride” who, in the early 1930s, tumbled down the marble staircase to her untimely death. Various hotel patrons and employees have testified that they saw a phantasmal bride dancing alone in the ballroom. Before his death in 1975, long-time employee “Sam the Bellman” threatened to come back to haunt the hotel. Guests have reported being served by an elderly Scottish man dressed in a vintage uniform — but no such man is on staff. Drama button!

Find it: The Trans Canada Trail passes directly in front of the Banff Springs Hotel.