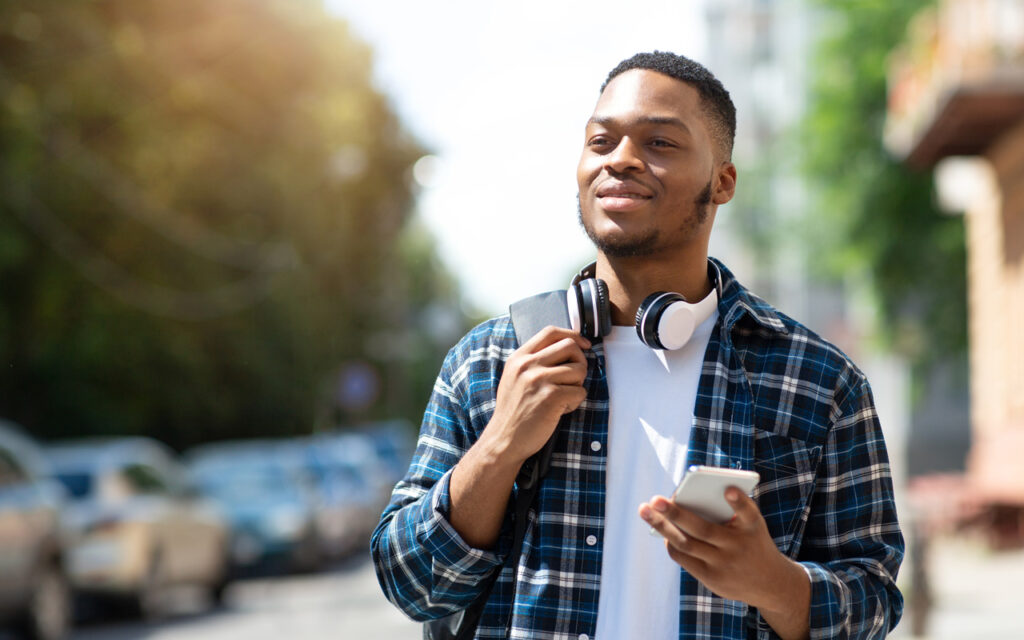 When it comes to improving your mood, few things are better than your favourite songs! In fact, research suggests that listening to upbeat music can help people feel happier, manage their stress levels, enhance their memory and ease pain.

This month, we’ve collected 25 feel-good songs from some great Canadian artists. Here are some highlights of our latest playlist – ideal for spurring you on to your next Trail adventure!

TCT Champion Paul Brandt starts off our playlist with this rousing tune! “The Journey” tells the story of someone who has lived through tough times but is following the promise of something better on the horizon.

This inspiring song reminds us of the importance of moving forward – even after the most difficult phases of our lives.

Rapper and activist Cody Coyote is a respected spokesperson and role model both in Indigenous communities and on the hip-hop scene.

In this dance floor-friendly composition, Cody pays tribute to aboriginal peoples in Canada and across the world, mixing the traditional vocals of the Ottawa River Singers with electric, club-inspired beats.

This track from Inuk singer-songwriter and TCT Champion Susan Aglukark is an ode to diversity and equality.

“O Siem”, a gentle yet anthemic call to abandon prejudice against those who are different, is one of her greatest hits. This Child, the album it featured on, sold 300,000 copies in Canada when it was released in 1995!

BNL bring their trademark humour to this tale of a lover’s quarrel. Featuring some impressive improvised rap from band member and TCT Champion Ed Robertson, this was one of the Ontario group’s best-received songs after appearing on their album, Stunt.

Undeniably catchy, this track is guaranteed to put some spring in the step of any 90s kid!

Few songs are as empowering as this one from country-pop superstar Shania Twain!

This track’s positive attitude and captivating hook make it an essential track on any feel-good playlist. It even helped to earn Twain a Grammy for Best Female Country Vocal Performance in 2000.

The rousing melody in “Neighbourhood #1” never fails to raise spirits!

This Grammy-winning hit from TCT Champion Nelly Furtado was a standout single in 2001, critically acclaimed for its empowering lyrics as well as Furtado’s vocals.

“I’m Like a Bird” epitomizes freedom and the thrill of adventure – it’s no wonder that it has become a karaoke classic around the world!

This song from Franco-Ontarian singer-songwriter Damien Robitaille is one of the most popular songs from his album, Univers Parallèles.

“Tout feu tout flamme” is a carefree, romantic, guitar-led pop song that you can’t help but get up and dance to!

One of the most innovative electronic acts to emerge from Canada, A Tribe Called Red is a collective of Indigenous DJs from across the country.

Their genre-bending sound, taking inspiration from hip-hop, reggae, dubstep and First Nations musical traditions, has earned them numerous awards and nominations. The stimulating “Electric Pow Wow Drum” is one of their best-known singles.

What is a feel-good playlist without a great 80s power ballad? And what better power ballad than “Heaven”, one of the most popular hits from TCT Champion Bryan Adams?

This hit, released in 1983, was almost excluded from Adams’ album Reckless, but ended up being certified Gold in Canada in 1985!